The extraordinary thing about whisky is its connection to a place. The recipes, often handed down through generations, are not only influenced by the master distillers who crafted the whiskies, but also the local area, whether it’s the smoked peat of Islay or the honey found in Speyside apiaries. It is a drink that is made to reflect local environment, custom and know-how.

With trade marks and branding, the fact is that it is often more than just whisky (or other alcoholic beverages) which comes from such areas. For example, the Isle of Harris is arguably now known for its Gin as much as it is for its Tweed. The name of a place – the ‘indication of geographical origin’ – was a central issue in the recent case of The Tomatin Distillery Company Limited v Tomatin Trading Company Limited. 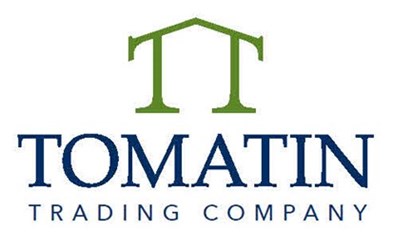 The word mark ‘Tomatin’ was originally registered by the Distillery in 1963 in Class 33 for Scotch Whisky only. In 2018, the Distillery applied for (and obtained) protection for ‘additional classes’ of goods and services over and above Scotch Whisky namely classes 35 (retail), 41 (education), and 43 (bar and leisure services). However, Tomatin is not just the location of a distillery – it’s also a well-known Highland village where there are other parties who use the name “Tomatin” in their trading name. The ‘Tomatin Trading Company’ is one of these other local companies.

The decision – the Infringement Claim by the Distillery

The case was brought before the Court of Session in Edinburgh, and, following an evidential hearing this year, Lady Wolffe issued a lengthy and detailed judgment on 8 October 2021.

In her 235 page judgment, which found in favour of the Tomatin Trading Company, Lady Wolffe noted that “the relevant public, who will be consumers of Scotch whisky, will appreciate that the [Trading Company’s] Sign is used in relation to different goods and services than those offered by the [Distillery].”

She decided, firstly, that the name of the local area, ‘Tomatin’, cannot be held for use by one party for the goods and services which it had not used except to a very limited extent and, secondly, that a reasonable person would be able to understand the difference between a distillery and a hospitality and retail resort offering distinct goods and services (in the case of Tomatin Trading Company – hotel accommodation, food outlets, restaurant and bar services and premium consumers goods) which would be separately signposted. As such, the claims of the Distillery in respect of the 2018 marks were dismissed.

The Counterclaim by the Trading Company

Although Lady Wolffe was happy to accept that the Distillery’s logo (or ‘figurative mark’) was distinctive due to its style, she did not accept that the word ‘Tomatin’ was registrable as a trade mark for the 2018 goods and services applied for by the Distillery, because Tomatin was a village, with residents, shops, a post office, tourist services and so forth.

The “bad faith” element of the decision is what made it of particular interest. After careful examination of the case law and the facts of this case, Lady Wolffe concluded that the Distillery had purposefully registered the trade mark in additional classes which were not relevant to the current business purposes of the Distillery (Class 33). She concluded that this was done in bad faith, quoting the decision in Sky v SkyKick [2020]:

“Bad faith may be inferred if there were “no foreseeable prospect that the [holder of the mark] would ever intend to use” the classes covered.”

As a result, Lady Wolffe concluded that the Distillery had acted in bad faith by applying in 2018 to register the word mark ‘Tomatin’ in order to prevent the Tomatin Trading Company from operating with that name. She held that this was a “deliberate strategy of seeking very broad protection of the trademarks regardless of whether it was commercially justified”. The Distillery did argue that the protections were commercially justified to the extent that there were general plans to use the additional classes in the future, but Lady Wolffe did not accept this argument.

As a result, Lady Wolffe held that the ‘Tomatin’ marks registered by the Distillery in 2018 were invalidated because they contravened sections 3(1)(c) and 3(6) of the 1994 Act and had been applied for in bad faith.

Consequently, it seems that any trade mark holder looking to extend its protection might want to take stock, pause and consider the immediate and realistic commercial justifications for doing so beforehand, lest they are considered to be acting in bad faith.

Intellectual property operates with a presumption of good faith. The trade mark registration system is designed to offer protection to existing businesses rather than restrict new and distinct ventures. The judgment offers many helpful clarifications around the law regarding bad faith and narrows the test for commercial justification so that all of a trade mark’s classes need to be justified, not by abstract, general commercial plans, but by immediate and genuine commercial plans.

Brand owners who take a protectionist approach when applying for new trade marks should consider such applications and review their existing portfolio to ensure that their registered marks are or will be used for the goods and classes for which they are to be registered and are registered. In the event of challenge, one consequence may be (in addition to reputational damage) a finding of invalidity due to bad faith, a situation everyone would prefer to avoid.

While the Tomatin Distillery will rightly remain connected to its local environment and traditions, it should not be forgotten that every distillery has its neighbours.

Don’t get caught out

Trade marks (and other intellectual property rights) are a complex area of law with an ever developing landscape of case law. It is important to get early expert advice on the risks and effective brand management.

Our specialist intellectual property and contentious IP team will be able to assist you with any questions with regards to trade marks, passing off, indications of geographical origin and other intellectual property rights and the protection, commercialisation and the defence and prosecution of such rights. We can also advise you on dispute avoidance and all aspects of litigation in the Scottish courts.

Please get in touch with us and we would be delighted to help.

This article was co-written by Jamie McGowan, Trainee Solicitor.

Sign up to get the latest legal insights and podcasts delivered straight to your inbox.